Is a Settlement or Court Ordered Judgment Protected from Subrogation?

Can Medical or Insurance Providers Claim Rights over Settlement or Judgment Money?

Medical providers ask a lot of questions about how and why you are seeing them. During this inquisition it gives them information needed to care for you, as well as, an insight into the likelihood that someone else is responsible for the injury. Insurance carriers will also ask a series of questions to determine the same things. Medical providers are barred from double-billing and balance billing, restricting their ability to make a claim on bills that have already been paid by insurance providers. “Subrogation” refers to the ability to claim rights over judgments and settlements from an injury caused by a third party. The following states have enacted Anti-subrogation laws that deny insurance companies the ability to claim any rights over settlement or judgment awards resulting from an injury case.

“When a person settles a claim, whether in litigation or otherwise, against one or more other persons for personal injuries, medical, dental, or podiatric malpractice, or wrongful death, it shall be conclusively presumed that the settlement does not include any compensation for the cost of health care services, loss of earnings or other economic loss to the extent those losses or expenses have been or are obligated to be paid or reimbursed by an insurer. By entering into any such settlement, a person shall not be deemed to have taken an action in derogation of any right of any insurer that paid or is obligated to pay those losses or expenses; nor shall a person’s entry into such settlement constitute a violation of any contract between the person and such insurer.

Insurance companies cannot claim rights over a settlement or judgement award for personal injuries for medical bills as per the law above. There are exceptions to the anti-subrogation law, such as, medicaid and medicare plan carriers, or if the case involves workers compensation. But plans protected by ERISA are limited by anti-subrogation depending on the state law.

Further, in Aetna v. Hanover  the NY Court of Appeals in 2014 upheld the ruling that insurance carriers could not claim subrogation in no-fault car accident cases. The NY Supreme Court ruled that after Aetna paid the medical bills of the insured as a health insurance carrier, Aetna had no standing to make the car insurance company pay them back under NY CCR 65-3.11(a) stating that “there was no authority permitting a health insurer to bring a subrogation action against a no-fault insurer for sums the health insurer was contractually obligated to pay its insured.”

Therefore, if a person is in an accident and their health insurance plan covers the costs of medical care resulting from the accident, the insurance carrier cannot be paid back by any case awards. This makes it so health insurers do not have the ability to get reimbursed by another insurance carrier. This type of dynamic makes it so whoever pays first is stuck with the bill and insurance providers may try to wait it out until someone else pays. Although a state has an anti-subrogation law it does not mean that an insurer will not try to seek out payments from injury awards. It becomes the job of the attorney and medical insurance advocate to protect award claims from this unlawful reach. 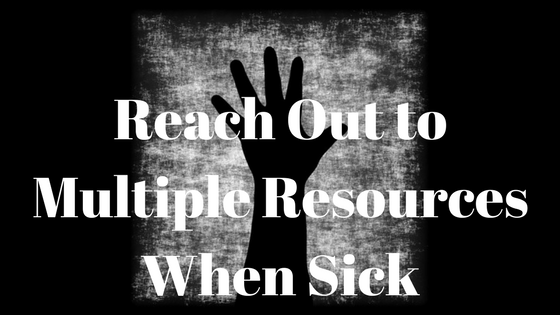 Sometimes we just need a little help. Medical bills quickly become costly and negotiating them takes time. Knowing who to call and what to say gets the job done. Click here to read more…

“Ms. Gross recently helped me resolve a dispute with my insurance company over payment of an out-of-network doctor who treated me on an emergency basis while I was out of state. I honestly don’t know how I would have resolved this without her help. She was tenacious in dealing with the insurance company and knew exactly who to talk to and what to say. She got them to live up to the terms of their policy and got them to pay. I am forever grateful for her assistance.” -Barbara G.